Proclaiming which is the first online casino is more challenging that you may think, considering that different operators made different, yet still groundbreaking contributions.

If take a look at the history of gambling, we can trace its roots in China, all the way back to 2300 B.C. However, when it comes to the art of online gambling, the first online casinos emerged ‘only’ around 30 years ago. And while this may seem like a big number from our point of view, when we compare it to the thousands of years of gambling evolution that moulded modern gaming as we know it today, 30 years ago seem like it was just yesterday.

However, regardless of the time passed, knowing the true history of the beginning of online casinos is something that definitely won’t hurt to add to your player profile.

With that being said, due to the boom in the iGaming industry in the past couple of years, there are new online casinos that emerge literally by the day. This means more competition, and more competition usually means being constantly on edge to come up with something to top your opponents.

And believe it or not, it all boils down to the same thing that moves the online casino industry, competition. So, we are pleased to invite you to learn about what the internet deems as the first 5 online gambling providers ever to be established.

Now, this is what we meant when we said that the matters regarding the title of the oldest online casino are a bit complicated. That is because there are two different operators that claim to be the first online casino, and those are The Gaming Club and Intercasino.

We will begin with the absolute giant of online casino gambling, the veteran Microgaming. Operating from Douglas, Isle of Man, Microgaming is famous for creating the first online casino software ever. And this is something that even they themselves claim to be a fact, and it is why you can find it proudly displayed on their official website. Yet, considering that Microgaming did not offer player tracking systems and proper casino management tools until 1995, it seems like the operator was far from having a fully operational online casino platform in 1994.

Data gathered by ICANN shows that the domain of The Gaming Club, gamingclub.com, was registered on 17.04.1997. This clearly debunks the claim of the casino that they are established in 1994 and is more logical with Microgaming’s statement that The Gaming Club went live four long years later, or in 1998. However, the interesting part is the emergence of casino.co.za in South Africa.

Restricted to South African players only, casino.co.za is what the evidence suggests to be the first version of The Gaming Club online casino. In fact, there is a website from 1997 that supports the theory that casino.co.za was indeed the predecessor of The Gaming Club, and that indeed it was established in 1994. Only to re-emerge in 1997, completely rebranded and registered under the name, The Gaming Club.

As a matter of fact, Intertops obtained this title when it accepted the first-ever online sports wager in January 1996. Ever since then, this operator is thriving, and honestly, it has never stopped. The mind-blowing fact is that Intertops is still in existence in 2022, and it even started accepting U.S. citizens in 2015. We mention this because back in the starting stages of Intertops, the only way for U.S. citizens to play was sole via a special invitation by the operator.

With its base in Antigua and Barbuda, it was in 2008 when Intertops decided to part ways with its main partner and first software provider, Microgaming. After breaking up the cooperation, Intertops turned to RealTimeGaming (RTG) and made them their number one software supplier and game developer.

Established by the Canadian Rivkin brothers in a basement of a house located in the Toronto suburbs, Cryptologic is one of the first online casino software development companies in history. In particular, after creating an app that provided secure and reliable online financial transactions, in 1996 the two brothers decided to launch what we know today as InterCasino. And what better way to test your software than by using it on your own online casino?

The foundations of what many believe to be true first online casino were set on the 4th of July 1996, with the launch of the InterCasino Beta 1.00 version, from the island of Antigua. However, it wasn’t until the 17th of November 1996 that InterCasino officially started to offer its online gambling services. At the time, one of the most important individuals at InterCasino was William ‘Billy’ Scott, a bookmaker from Ohio who is credited for creating the casino. Consequently, the only thing that Intercasino needed was an independent payments solution, which is where the Rivkin brothers and their ecash online transactions solution come into the picture.

Since it was clear that both parties were a perfect match, in 1996 Intercasino became the first licensee of Cryptologic. And later, the first-ever sports bet that was wagered online. However, after two short years of providing online sports wagering services, in 1998, Ohio state authorities shut down the casino for illegally accepting online sports bets. And it was this incident that forced ‘Billy’ Scott to completely sell his online casino to Cryptologic, who consequently became the full owner of InterCasino in 1998.

Today, InterCasino is owned by Goldstar Acquisitionco Inc, which also owns the parent company of the casino, CryptoLogic Operations Ltd. It operates from Malta, where it is also regulated by the Malta Gaming Authority.

Another one of the oldest online casinos that is also established in Antigua and Barbuda, the English Harbour Casino is one of the oldest online gambling operators ever. Launched way back in 1997, there are no concise records as to who actually supplied the software for English Harbour Casino, however, considering Microgaming’s involvement in the early stages of online gambling, it wouldn’t be a surprise if we learn that is the case here as well.

Regardless, this doesn’t change the fact that English Harbour Casino is on the scene for more than 25 years now, and without any major controversies or transparency issues. Which, honestly, wouldn’t be possible without showing a great deal of professionalism and understanding of the fast-changing iGaming trends and features.

Lastly, you should know that today this casino is rebranded and operates as Cherry Jackpots.

The next one doesn’t really need much of an introduction, considering how popular and influential this brand is in the world of both lands, and online casino gambling. In fact, the first-ever William Hill was first launched in 1934, making this one of the oldest gambling providers in history, period. Ever since the 40s, and right until today, William Hill is a synonym of tradition in the gambling world, and becoming a leader in the online casino industry seems like it was just a matter of time.

For that matter, the William Hill online casino platform was officially launched in 1998, which needless to say instantly makes this operator one of the oldest online casinos ever. The interesting thing about this operator is that throughout its long history, the casino changed a long list of different owners that includes:

Today, part of the company is owned by Caesars Entertainment, and the other (Europe) is owned by another household name in the iGaming world, 888 Holdings. Today, William Hill is one of the largest online gambling operators in the world that employs more than 12.000 people and has more than 1.140 land betting stores.

To sum it all up, naming the first online casino is not as simple as this list might suggest. True, Microgaming is noted with coming up with the first online gaming software in history in 1994. In addition, due to the very convincing evidence that The Gaming Club is a successor of casino.co.za, also established in 1994, one might argue that Microgaming is a clear winner. But here is where things get tricky.

Due to the fact that casino.co.za operated with real money, the deposit procedure included calling the casino in order to get your account number and password. Moreover, deposits were made with credit cards, over the phone. This method requires all deposits to be conducted manually, with real money. Technically, today this wouldn’t be considered a true online casino, but something of a hybrid.

Intercasino may have joined the market a bit later than casino.co.za, but unlike Microgaming, this operator started out from scratch, by using the first online payments processing app in online gambling.

From here, it is clear that Microgaming was the first online casino operator to offer real money gambling, while Intercasino is the first to launch what we call a more balanced casino platform. That is because Intercasino used its own electronic payments system while providing the same real money services, in addition to being the first operator to provide account management services.

Consequently, we believe that Intercasino takes this one simply because it was the first that managed to integrate several ground-breaking features and create what is known today as a real online gambling platform. Microgaming gets credit for being the first iGaming provider in history, and one of the biggest contributors to the industry ever since its inception. 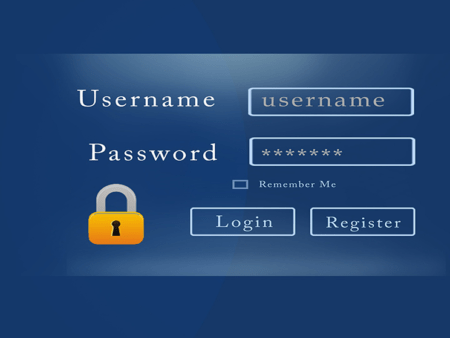 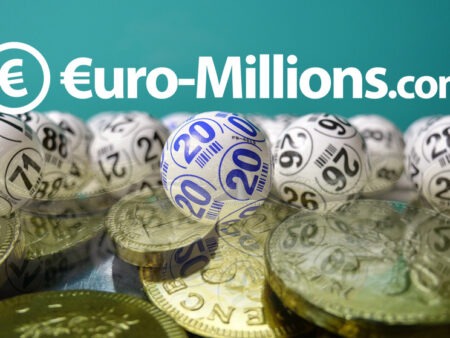