LeoVegas Reports Increase in Revenue of 8% For Q1

The Swedish gambling provider LeoVegas came out with a report which shows an 8% increase in revenue for the Q1 of the year. More specifically, there is a rise from €89.4m to €96.7m for the first quarter. Meaning that despite the pandemic the Swedish gambling giant managed to report a successful Q1. Consequently, up until the 31st of March 2021, LeoVegas reported substantial growth in revenue of 19%.

And that’s with adjusting EBITDA of €10.9m, which corresponds to an EBITDA margin of 11.3%. This is without Germany however, which is the only market that reported a drop in numbers. Moreover, LeoVegas also reports a noticeable rise in new customers as well. To be precise, a 12% rise in new players, or up to 462.386. From here, the earnings after adjustment per share were €0.07.

This should not come as a surprise. Especially if you take a look at what kind of a company LeoVegas is. For example, during Q1 LeoVegas purchased Swedish gambling providers Expekt from the Betclic Group for €5m. Additionally, LeoVegas also entered the stock exchange. Meaning that now you can trade shares of LeoVegas in USD, on the OTCQX Markets. This is a tactic with the goal to enter the US market and attract potential investors. And it doesn’t stop here. Another proof of their financial activity is the investment of €1.1m for a 25% share in SharedPlay. Specifically through LeoVentures.

SharedPlay is all about enabling the players to share their gambling experiences, in a social and unique platform. All in all, LeoVegas reports €32.7m in revenue in April. Thus resulting in a 13% drop from the previous year. And again, Germany is a major factor, since without them there would be a 4% rise in revenue.

The CEO of LeoVegas Gustaf Hagman said the following when asked about the matter:

During the first quarter we saw the full effect of the changes taking place in the German market. Operators in the market are acting differently with respect to implementing the new restrictions, which unfortunately has led to a skewed competitive situation. The assessment is that up to 70 per cent to 80 per cent of the German market for casino has temporarily been shifted over to operators that have chosen to not adapt to the coming market regulation.

He furthermore went on by saying:

Our hope is that this will soon be sorted out by the German authorities, which is a prerequisite for the license system’s success, with a high level of channelization and consumer protection. Germany generated approximately 6 per cent of the group’s total revenue during the first quarter, compared with 15 per cent a quarter earlier.

Regardless of the drawback from the German market, LeoVegas is doing quite well. With their level of professionalism and quality, it should come as no surprise that LeoVegas manages to pull out such solid numbers even in the midst of a pandemic. They are constantly active, constantly innovating and growing, and that clearly shows on paper as well. Hence the 8% increase in Q1 for LeoVegas. And if Germany really tightens their regulations, LeoVegas profit will surely go even higher. We just gonna have to wait and see how these numbers will look in a couple of months. 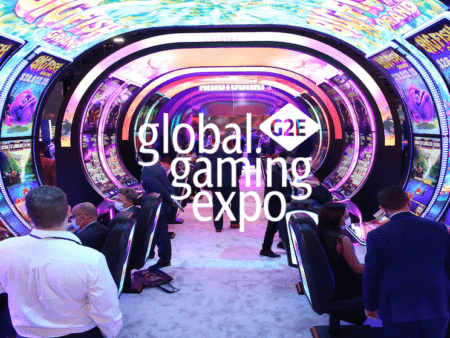 These Are The Top And Most Prestigious iGaming Awards In The Industry
5 days ago
DISCLAIMER: We are not responsible for incorrect information on bonuses, offers and promotions on this website. We always recommend that the player examines the conditions and double-check the bonus directly on the casino companies website.